9 Ways to Beat the Buffet

9 Ways to Beat the Buffet

Use these smart slimming strategies to battle buffet bulge 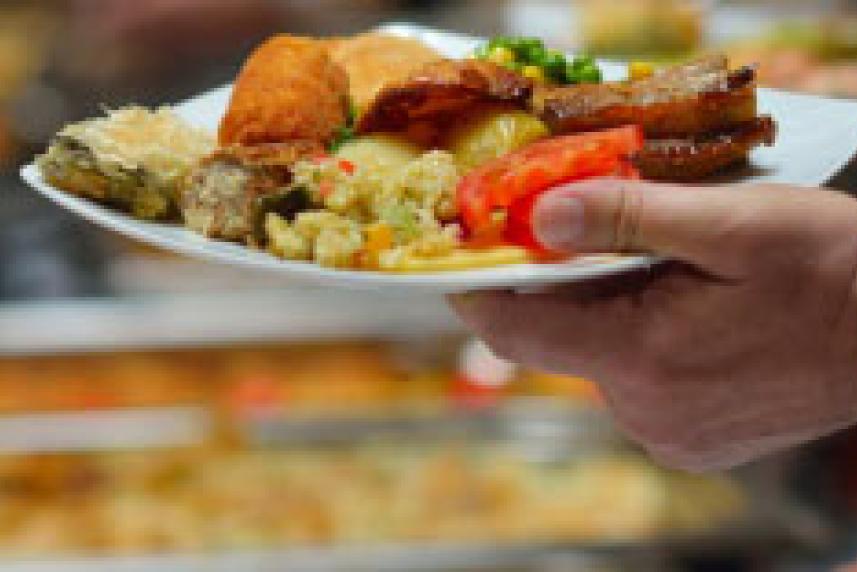 If you feel like those tables loaded with food got the best of you, know that you’re not alone. Outsmarting a buffet full of high-fat, high-calorie food is challenging even for the most health-conscious among us. “There’s just something about a buffet and seeing all that food,” says Elise Museles, an eating psychology and nutrition expert. “It’s inviting, and you don’t want to miss out.”

But you don’t have to miss out. Use any or all of these strategies to get what you need at the buffet—no more, no less.

1. Stop skipping meals
Museles says the first mistake many people make is skipping a previous meal to save calories for a buffet. Arriving at a buffet with low blood sugar and low energy is a recipe for disaster. “Your body is smart. It wants to feel good,” she says. “So you’re going to be drawn to the foods that give it the quick surge, and that’s generally carb-rich and sugary foods.” Have a small snack beforehand.

3. Start healthy
Studies by Cornell University food researcher Brian Wansink, PhD, show that people fill 65% of their plate with at least one of the first three items they encounter in a buffet situation. “Generally the first thing that comes across your mind is ‘I’m hungry, would this be acceptable?’” Wansink says. “We don't usually ask, ‘Would this be the best thing to eat?’” His research found that 86% of people took fruit when it was offered first, but only 54% took fruit when it was offered last. And 75% of people took “cheesy eggs” when presented first, while 28% took them when they were offered last. Start at the healthier end of the line to do yourself a favor.

4. Select smaller plates
Here's one of the easiest diet strategies ever: “Take the smallest plate you can,” Wansink says. Outsmarting your appetite can be that simple. His research has shown time and again that the smaller your plate or bowl, the less food it takes to satisfy you.

5. Make your first food count
Healthy first choices trigger healthy second choices. Wansink found a correlation between people’s first food choice and their following selections. For example, people who chose "cheesy eggs" were more likely to also take potatoes and bacon. People who chose fruit first were less likely to go with potatoes and bacon. “Certain foods trigger other compatible choices,” Wansink says. “Bacon goes really well with eggs. Bacon doesn’t go so well with fruit. So if we take the fruit and then run into the bacon further down the line, it doesn’t really fit,"

6. Put veggies to bed
“This is my trick,” Museles says. “Make a bed with the greens and the veggies and put other food on top so that you look and feel like you’re getting the volume without getting all the calories, sugar and hidden salt in all the other foods.”

8. Sit down, slow down
Sit down to eat and focus on the food. “Notice the textures, the flavors," Museles says. "Put your fork down in between bites. Slowing down may help you eat less. Stop halfway through the meal and ask yourself if you're still hungry. Just because it’s free or all-you-can-eat doesn’t mean you have to keep eating.”

9. Remember the rest
There are other elements besides food that make an evening or event special. Maybe you’re seeing friends or family for the first time in a while, or socializing with coworkers. Enjoy the food, but take advantage of the opportunity to engage with other people. 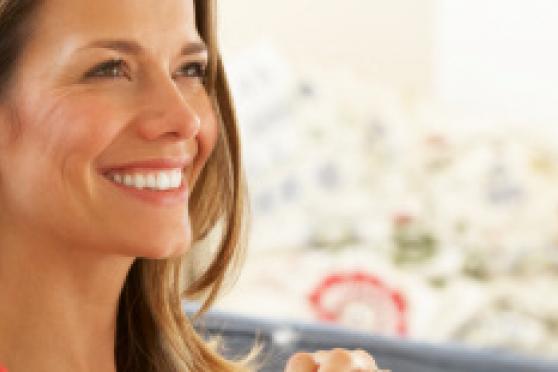 Stay on track with a positive mindset 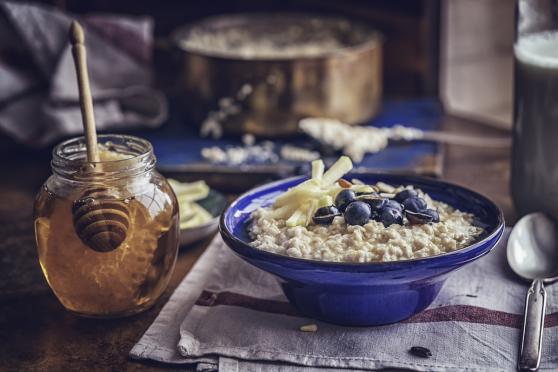 10 Lifestyle Changes to Lower Your Cholesterol 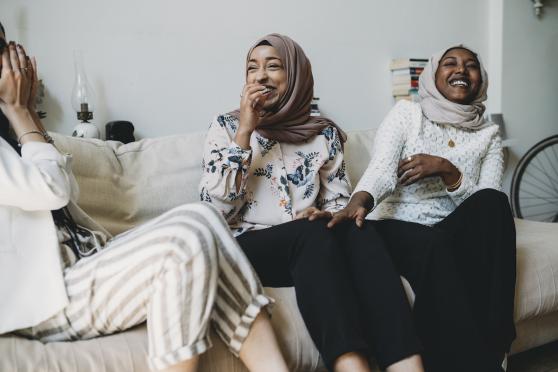 Is Your Good (or Bad) Mood Contagious?

Studies show that positive and negative moods are contagious.